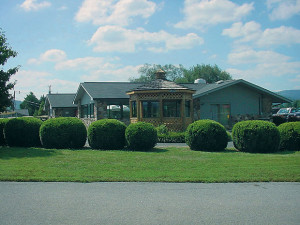 Clinchview Golf Club in Bean Station, Tennessee, is more than just an excellent golf course. It is also a community-minded operation with reasonable green fees and great views of the Smoky Mountains.

It’s a family-owned, family-run operation with family in mind. You can bring a cooler of beer and the Keck family won’t mind, but they don’t sell alcohol on the premises: Churches and schools are some of their best customers. On top of that, it’s a fine golf course. The Keck family bought it back in the mid-80s and has been steadily putting money into it. They re-built the cart paths, renovated the irrigation system and re-designed and planted new landscaping. All the tee boxes are attractive.

They lengthened the course, installed some bunkers – where there had not been a single one previously – and added women’s and senior’s tees. They also did some lovely stonework, in the form of walls and small stone bridges that take you over what little water there is. 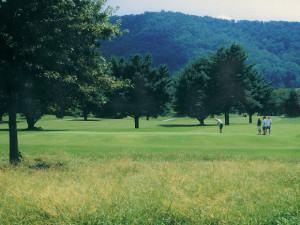 It’s built on the site of an old dairy farm and has some very nice, gentle, rolling terrain. Like most courses in this part of east Tennessee, it has some inspiring views of the surrounding hills and the Great Smoky Mountains.

“It can be stretched to 6,900 yards,” said Kelly Keck, the son of Jack and Muriel. “A lot of people say it’s all there right in front of you, saying ‘come and get me.’ But, at the end of the day, your scorecard can get pretty high.”

The course has many trees, with mostly tree-lined fairways, and some moderately nasty rough. The Keck family also dug some ponds to give the layout a little watery flavor, but the drink won’t overwhelm you.

The greens are excellent: small to medium-sized bentgrass greens with some very challenging slope and undulation. What makes that even more impressive is the fact that they are the original greens from when the course was built in 1967.

Clinchview is another of those courses in east Tennessee that combines a good play with even better green fees.